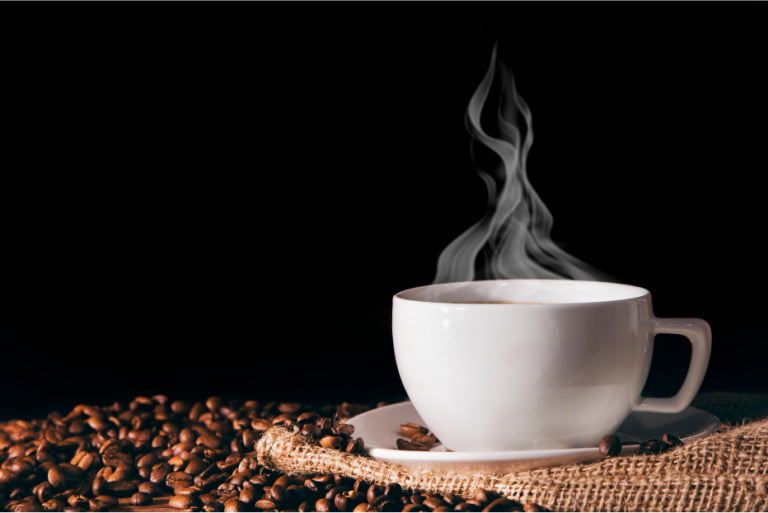 It’s estimated that 64% of people drink coffee daily. Caffeine is the most commonly consumed psychoactive substance in the world, and the biggest source comes from coffee. Chances are, you yourself look forward to that cup of joe every morning.

But is it good for you?

It seems there’s always some coffee controversy going around. One study makes headlines declaring that coffee is the best thing you can do for your health. Then the next day another study claims that your daily java is what’s going to do you in.

So, what’s the verdict?

Because we love it, we wanted to do a deep dive into coffee (which we would do literally if it were socially acceptable…)

First, let’s look at the pros and cons of consuming coffee. Nervousness — coffee can make you nervous or even increase anxiety. Depending on who you are, consuming too much coffee can cause heart palpitations, jitters, or panic attacks.

Sleep disruption — for some, having coffee too late in the day can inhibit their ability to fall asleep come bedtime. This is because it can have an effect on the circadian rhythm — the body’s natural sleep/wake cycle.

Diuretic — the caffeine in coffee may have a slight diuretic effect, which promotes the production of urine, causing you to pee more. This means you could lose hydration. Though, it’s important to note that coffee isn’t considered a diuretic that can fully dehydrate you.

Calcium absorption — coffee can slightly reduce the amount of calcium your body absorbs. This is something to keep in mind if you’re a heavy coffee drinker.

Heartburn — due to the caffeine in coffee, the muscles in the esophagus/stomach can become relaxed, causing acid reflux. Though, it typically takes a fair amount of coffee to trigger this reaction.

Medications — coffee may interfere with some medications, including antibiotics, so it’s important to consult with your doctor about your coffee intake.

Bathroom breaks — if you regularly drink coffee, you likely know about this one. And though there is no known negative health impact of coffee’s ability to promote a bowel movement, it may catch you at a bad time. And if you have a health condition related to the digestive system, it may be wise to monitor when and how much coffee you drink.

Essential nutrients — coffee contains some essential nutrients. This includes small amounts of B-vitamins and minerals such as potassium, manganese, magnesium, and phosphorus. Though the amounts can be low, it adds up if you have a few big mugs a day!

Want to know just how important antioxidants are for you health? Click here. Brain boost — this, as you could probably guess, comes from the caffeine. The caffeine in coffee blocks inhibitory neurotransmitters that promote sleep and releases other neurotransmitters that make you feel more alert. Many studies show that caffeine can give a short term boost to mood, reaction time, and overall cognitive function. However, these effects are not long-term and your body can build up a tolerance to caffeine, decreasing these benefits.

Weight management — coffee can help the body burn fat and increase the rate of metabolism.

Improved workouts — research suggests that coffee before a workout can provide a slightly enhanced performance.

Liver health — those who drink coffee have been found to have healthier livers.

Gut health — researchers don’t fully understand why, but studies have shown that coffee drinkers tend to have a richer microbiome than those who don’t drink coffee.

Overall health — there are plenty of studies published that report coffee drinkers are less likely to develop certain health conditions, and more likely to have better health all around.

It really depends on you. Most of the cons appear to depend on two things: the individual drinking the coffee, and how much coffee is consumed. It seems that being diligent about when you drink coffee and how much you drink can erase or reduce many of the cons that can come with its consumption.

On the flip side, if you’re someone who can drink coffee without the cons affecting you, and you enjoy your cup of joe, it doesn’t seem to be a bad habit. In fact, it looks like it can only impact your life positively, by giving you some benefits while improving your mood.

Scientists aren’t fully sure why coffee has such a major impact on digestion, bowel movements, and the flora of the gut. But what scientists are becoming more and more certain of is this: the health of the gut can have a great effect on overall health.

More and more research is finding that the diversity of the microbiome can positively influence immunity, cognition, energy levels, and more. This has led people to taking probiotics, hoping to boost the population of their guts, and improve their health.

But they may be getting very little benefits from these — or none at all!

These probiotics may not survive the manufacturing process or the journey to the gut once ingested. But there are probiotic supplements out there that are designed to survive these processes so that they can actually find their way to the gut and benefit the body.